Ministering in their first term of service

Our first months in Romania have been filled with adventure and adjustment, but it is refreshing to be part of YMI’s team in Romania serving alongside the Rices.

The continued major focus for us has been language.

The Hintons are just beginning their 2nd  year on the field in Romania. Michael grew up in Knoxville, TN, graduated from East Tennessee State University where he met Melissa, and pursued a degree in Biblical Counseling from Southern Seminary. He served as a youth pastor in Tennessee for almost 8 years. During that time he lead teams of youth and adults to serve with YMI in Ukraine and Romania. Impressed by the model of training youth workers, so young people can hear the gospel and be cared for and ministered to by trained, equipped leaders, Michael began to sense the Lord’s leading to serve with YMI. The Lord provided the opportunity, and they were appointed in May 2015.

Melissa is a registered nurse, but she is now enjoying being a home school mom and language learner. Both Michael and Melissa are passionate about youth ministry because the Lord used their teen years and youth ministries to establish and deepen their faith in Him. They have 3 children. Carder is 11 and enjoys video games, following his favorite YouTubers, and reading. Holland is 9 and loves to be active, draw, and color. Carson is 6 years old, quick-witted, and enjoys playing with toys and video games.

Living and working in Eastern Europe is certainly interesting. Memories of communist regimes and life during those times are still very present in the minds of adults in Romania, while the younger population is heavily influenced by western culture. In the city of Bucharest, the youth culture is not very different from the youth culture in the US. This is reflected in the church world as well. The young people need to hear the gospel, and the church needs to be equipped to disciple them.

While the first year in Romania focused on learning language and culture, ministry goals for the future include helping teach youth ministry courses, encouraging and coaching local youth pastors, and networking to promote youth ministry training. 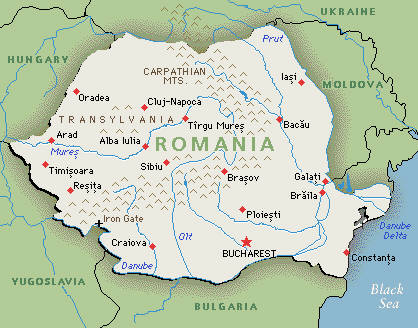 We ask you pray with  us concerning the following:

Please pray for our family as we continue to transition in our new culture. Learning a new language is definitely challenging, and we need the Lord's help and provision.

Please pray for the children to build healthy friendships with Romanian and English-speaking children.

Please pray for us to be the hands and feet of Jesus to those we encounter every day.