Three Hebrew captives facing death by fire stood before the king of probably the most powerful empire in the known world at that time – Nebuchadnezzar, king of Babylon in approximately 606-610 BC! But who were these guys?

When Nebuchadnezzar’s armies invaded and defeated the Jewish kingdom of Judah along with Jerusalem in 606 B.C., they took many captives back to Babylon as slaves. Among these were several youth who were to be trained as special servants for Nebuchadnezzar’s court.

Four of these young men were mentioned in Daniel chapter one. Their Hebrew names were Daniel, Hananiah, Mishael and Azariah, but best known as Daniel (who was given the Babylonian name Belteshazzar), Shadrach, Meshach and Abednego, – the “fiery furnace trio!”

What many people do not know about these four is that they were most likely teenagers (early to mid-teens according to scholars), born of Jewish nobility, hand-picked for their high education, physical condition, appearance and intellectual aptitude (Daniel 1:3-7).  All four were trained and educated in the king’s court for three years where they also learned the Babylonian language.

What great role models these four teenagers should be for Christian youth today! What courage and faith! Rather than cave into the pagan idolatrous demands of Nebuchadnezzar to worship Babylonian gods and idols, Daniel was thrown into a lion’s den to be eaten alive, and Shadrach, Meshach and Abednego were thrown into a fiery furnace to be burned alive.

Most of us probably remember these Bible stories, whether told to us as children in Sunday School, either with flannel graph (does anyone remember flannel graph lessons?), creative storytelling, or even modern videos. Certainly, the faith and courage as demonstrated by these young teenage followers of the Lord God of the Bible are sufficiently inspiring lessons for all of us, but is there something more to be gleaned from this story?

As I was re-reading the Book of Daniel, I was again inspired by this story of the three Jewish young men who were threatened to be thrown alive into a huge fiery furnace to face certain death if they did not bow down to the Babylonian idols. Of course, my mind immediately jumped to the incredible ending of the story, how the three were joined in the furnace by an angelic being (many scholars believe this was Jesus) and gloriously rescued without one hair on their heads being singed (even their shoes and coats were not damaged)!

The story reminds me of a statement by God’s faithful servant, Job, when he said, speaking of God’s decision to save him from Satan’s threats, “Though he [God] slay me, yet will I trust Him” (Job 13: 15). But, as I re-read Daniel a particular phrase jumped out at me from the middle of the story in chapter 3 verse 18 – “But even if He does NOT!”

I was again struck by the three teenager’s level of consecration as demonstrated by their statements of confidence in God’s ability, and even likelihood of deliverance from death… how admirable!

But then the story took a very personal trajectory for me. I admired the faith exhibited by this small phrase illustrating these young men’s statement of faith and defiance… “But even if He does NOT deliver us from the fiery furnace, we will not serve your gods” (Daniel 3:18). But this time (after having previously read the story dozens of times), when I read that phrase, “But even if He does NOT…”, I was struck by the Holy Spirit … right between the eyes!  I paused and thought, “Do I have that sort of faith?” I remember thinking, “I hope so.”

But then, in reality, I doubt that most of us will ever face the choice of choosing between death/martyrdom and denying our faith as did these three young men (though in these days of modern persecution many do). But the Holy Spirit did not allow me to just move on from martyrdom vs. recanting my faith in God.

Rather, I began to ponder the question, “How would I really fill in the blank if I were faced with the much more likely scenario of asking myself what circumstances in my own life would I be willing to lay down on the altar of faith and respond that, no matter what the outcome, ‘Even if He does NOT ___________’, I will obey, trust, worship, serve and love God – anyway?”

Here are a few examples that came mind. Can you relate to any of these?

I was struck by the many different items I could put in that blank line, which in all honesty have at some degree in the past challenged my faith and commitment to Christ.

Then I took a deep sigh, and thanked God that He has “so far” always given me the strength to “keep on” trusting him, not in the unlikelihood of facing death, but even in everyday real challenges – challenges that can vex our very souls and accumulate to reach such a point of frustration, despair, and even anger toward our Lord and God.

Satan would love for us to begin questioning God’s power and judgment. Perhaps we should all think about this question more often – “What if He will Not…” – and not wait until tragedy, misfortune or heartache strikes. Pray every day that we learn how to lean on His strength and power to not waiver in the face of trials and tribulations.

If we are honest, it will not require facing a hungry lion or fiery furnace to shake our faith at its foundation. No matter what your circumstances, and no matter what your frustrations, please don’t give up on God. Let us learn from these Godly teenagers of old, that compromising our faith in God should never be an option, even in the “small” challenges that we face in life.

May we all reflect on this statement and remain faithful, even when our hearts hurt and when doubts smack us in the face! Keep on “keeping on” for Christ. May we all someday be quoted, as were these young men, “Even if He does NOT, I will obey, trust, worship, serve, and love God… ANYWAY!” 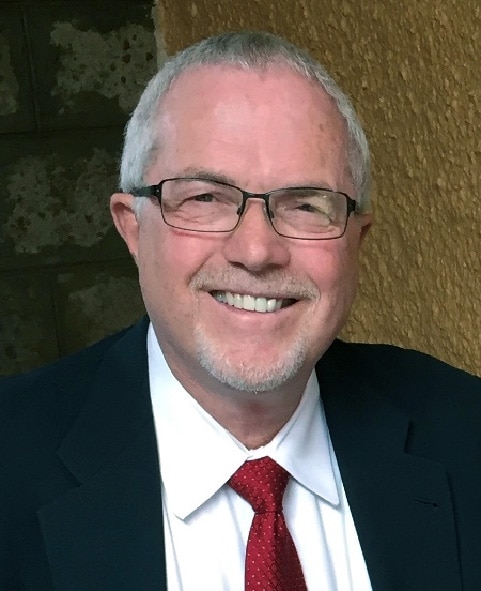